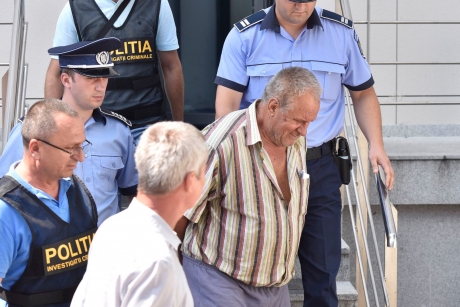 Lawyer Alexandru Bogdan asserted that Gheorghe Dinca admitted on Sunday to his murder deeds in both 15-year-old Alexandra Macesanu case, and in the case of the 18-year-old girl Luiza Melencu who has disappeared in April 2019.

The lawyer announced that searches in the case go on on Sunday at another location.

When asked what made the suspect to confess, the lawyer answered:”I know nothing on these aspects, I only know he admitted to them.”

Alexandra Macesanu of Dobrosloveni commune, Olt County has disappeared on Wednesday after heading for the city of Caracal hitchhiking. She called three times the Emergency number 112 saying she was being sequestered by a man, yet the authorities couldn’t manage to identify her whereabouts. The investigators barely commenced the home search of the 66-year-old suspect at 6 am on Friday, about 19 hours since her phone calls.

Luiza Mihaela Melencu, aged 18 from Diosti commune, Dolj County (both counties in southern Romania) had disappeared mid-April after telling her family she was heading for the same city of Caracal to get some money from an ATM. According to her mother, when calling the police to tell them that her daughter was missing, the police told the woman that since her daughter was a grown-up, perhaps she left with a boyfriend, a „prince charming”

About the Author: Admin